A Macabre Stroll in Paris.

This episode will be the first to take place in France. It tells the story of a woman tourist who is pursued by an evil spirit through the streets of Paris, with the city’s most beautiful monuments as a backdrop.

The film will be released in October 2020 on ABC/DISNEY platforms. 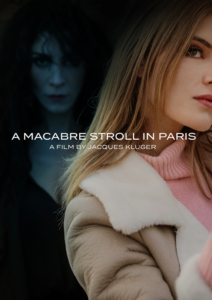 Play or die
Scroll to top